Donating effectively is important. But how can you do it? We are happy to explain all about effective donation, our methodology and the evaluators we work with. 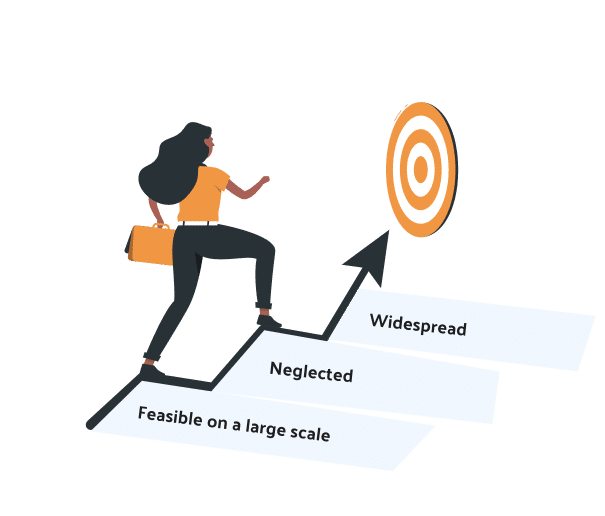 What makes effective donation different The selection process The evaluators

Many charities operate on a local or national level to improve communities. In the wake of major global disasters, other charities make strong appeals for our donations and generosity. Doneer Effectief considers a different approach towards charitable giving. We do this for three reasons:

1. Prevention is better than cure. This also applies to disasters and climate damage.
2. You can achieve much more elsewhere in the world than you can locally or nationally with the same monetary donation.
3. Choices should be based on scientific research, not on marketing.

Donate to the most effective charities worldwide.

The amount donated goes to the chosen charity in its entirety.

Support charities that have been assessed based on scientific research by reputable research institutions.

We provide independent and tailored advice through our helpdesk.

During our approach we go through the following steps.

We aim to use our resources to aid in solving major world problems. We are selective in our choice in this. Many problems are a matter of internal politics which cannot be easily influenced or solved with philanthropy and donations. We want to do as much good as possible with our donations worldwide and use our limited resources in the most effective way. That is why we focus on problems that:

Many charities fulfil one or more of these criteria. The question remains, what makes a charity effective? Charity evaluation organisations such as GiveWell, Animal Charity Evaluators en Founders Pledge use four criteria to determine this:

2. Cost-effectiveness
The achieved impact is in excellent proportion to the costs incurred.

3. Growth potential
The charity has the capability to make efficient and effective use of new donations.

4. Transparency
The charity is open about its approach and results in the short and long term.

Most people think that it does not matter much which charity they give to, or that one charity is at most one and a half times more effective than another1. In reality, the difference in effectiveness can be a hundred or even a thousand times greater.

Despite the fact that philanthropy is a multi-billion dollar business, mutual comparison seems to be taboo. In order to determine the effectiveness of charities, we make use of research from reputable evaluation organisations. These organisations are financially independent from the charities they assess making their opinions objective. Their researchers scout the best charities worldwide and compare the impact achieved. Only the charities that really stand out as effective are included in our donation recommendations.

Let us help you get started

We are committed to making donating effectively as easy as possible for you. You are welcome to ask us any questions you may have.
We will work with you to find appropriate solutions.
Our service is completely free.